Some players complained it wasn’t great, to begin with, WOW TBC Classic because of a character boost. However, Blizzard could do some things to stop people from leaving the game and probably get a few people back to playing thegame. Today we’re going to be counting down the top 4  changes that blizzard should do to TBC classic to make it great once again.

It’s no great mystery that the botting situation is an absolute shambles at the moment. Blizzard implements systems that blizzard has in place right now to catch bots is very dated and very old-fashioned. They should have that kind of trigger warnings when people are farming the same mob over and over again. Over in an instance doing solo pickpocketing, all of the very well-known WOW gold TBC farms that these bots are then there should be something that appears on the screen to test whether that player is a human and not a bot. It could besimple like captureand something that a bot could not automatically do itself. It would prevent bottles from being able to just turn a bot on and leave their computer for days and days and weeks on end until they finally get banned.

They should remove achievements for old content. One of the big reasons that TBC private servers always die down very quickly after tier four content is cleared. Especially after tier five is the achievement requirements. For instance, you’ve leveled a threshold right now and you want to get into the tier five raids. You have to do three dungeons to get a tune for karazhan a questline. You have to grind scenario and expedition repetition to revered, you have to do slave pens twice, then you have to kill knight bane, you have to kill maggie, you have to kill gruel and then you have to do three of the hardest heroics in the game. Without a good group, there’s no guarantee that you can even finish vote heroics, all to finally jump into SSC and tempest keep TBC classic is not very friendly for players who just want to return because been playing retail for a little bit of downtime on retail.

They need to fix the economy by hot fixing all the boost methods and allthe crazy TBC gold farms.  The slave pens farm or any other farm, it’s just an exploit. it is an exploit If it was on retail, they would hotfix it, so people can’t farm ludicrous amounts of gold. It’s cool how players can achievesuch crazy thing including pulling an entire dungeon with one pull and just soloing or they can even do it in heroic dungeons. But it has a massive negative effect on the economy even warlocks can solo heroic slave pens. They can solve the last boss baron if they want to. This allows players to farm lots of gold and when there’s more and more gold in the economy, the prices of your basic consumables for your raid night drastically increase. If people have to spend more and more of their personal time farming gold, just to keep up with their consumables for the raid, it’s going to make people quit. Because most people have less time to play TBC classic, so if you can’t physically make the time to keep up with the raid content then you just can’t do it.

Every TBC private server had dual spec and it was just great. The heavy respect cost massively restricts players you can’t both effectively play PVP and PvE. If you jump into an arena or a battleground after the raid but to effectively do that as a shadow priest, for instance, you need to respect for the silent ability, and whenyou’ve specced into the silencing ability, taking a DPS drop. The character boost was a really bold change. Therefore, most people don’t understand why dual spec is like less of a ball change than the character boost. We just need to crack on and give us dual spec, have the hefty WoW TBC gold cost. 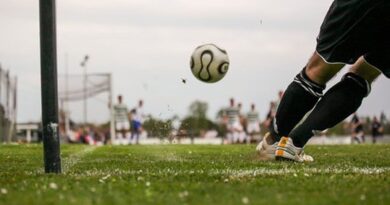 How To Watch Xoilac JPNJ1 Online At Xoilac TV?